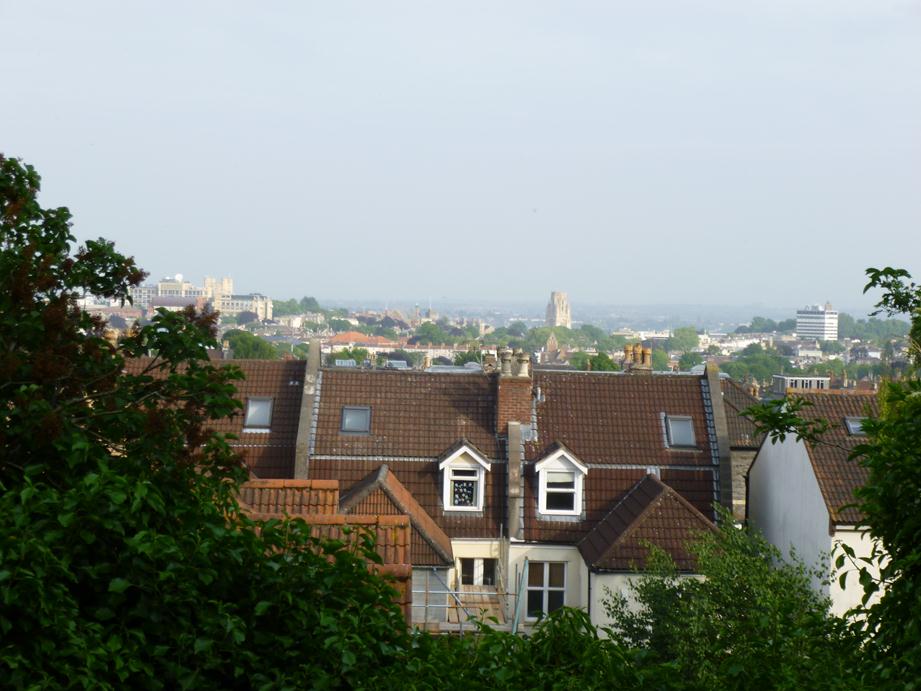 This was the view from my B&B at Clifton.

I said in a post yesterday that there was a strange turn of events.

I will explain, Joanna, my eldest daughter planned to join me on Thursday to do the leg from Taunton to Okehampton to which I was looking forward to her company. I rang her just to confirm the details and she had her train time to Taunton, had booked into the B&B in Taunton and all she needed to then do was find out the train times from Okehampton to Newton Abbot…. theres lies the beginning of the strange turn of events.

There were no trains from Okehampton, except on Sundays during the summer!

So after a lot of discussion, Joanna was on the train to Bristol to stay in the B&B I was in and she would join me from Bristol to Taunton instead.

So at 10PM there was a knock on the front door of the B&B and there was Joanna who had arranged with her hubby John to drop of Hannah, Adam & Tessa to one of her friends the following morning and they would then ensure that they arrived at school and preschool whilst Joanna was cycling with me on Day 31.