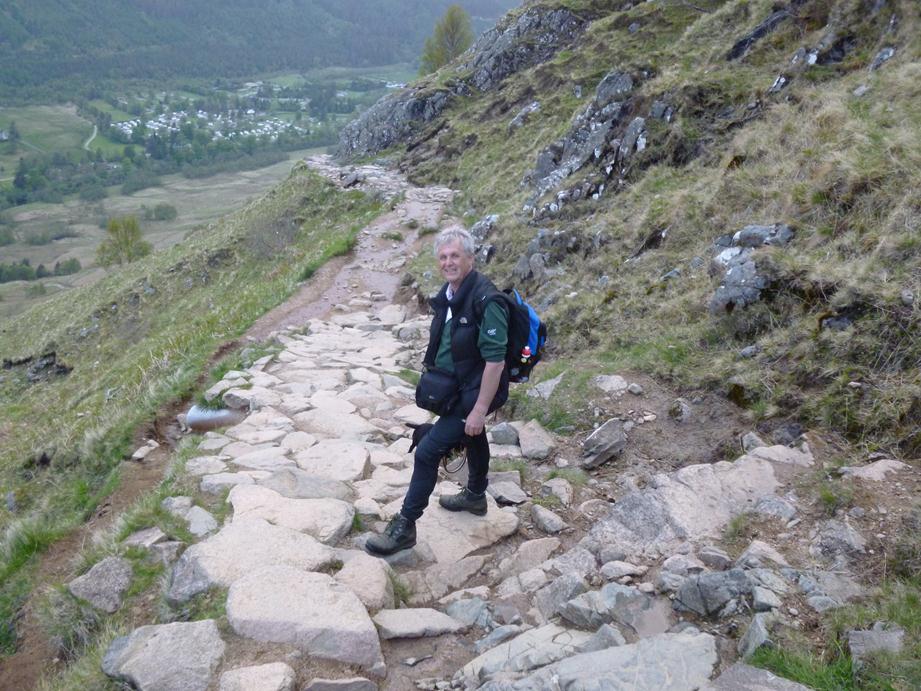 I started back down, following the footprints in the snow and as on cairn was engulfed in the mist after a few steps the next slowly became visible. The steep incline form the summit and the snow made it quite a task getting down and on more than one occasion I nearly ended up on my read end. As I descended it became harder and harder. Getting up there was one thing, getting down was another. I struggled over the uneven path and boulders with my rate of decent slowing in proportion to my legs turning to jelly. After 3 1/2 hours, Jan from the support vehicle walked up to meet me with Finn his trusty mountain rescue dog ( just visible behind Jan’s legs). With a lot of encouragement from Jan we eventually reached the Ben Nevis Inn around 10:15 at night, 10 1/2 hours after leaving it.